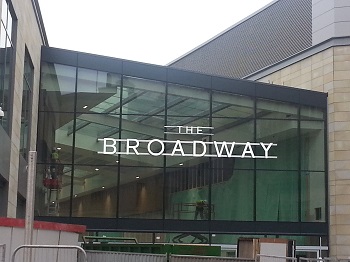 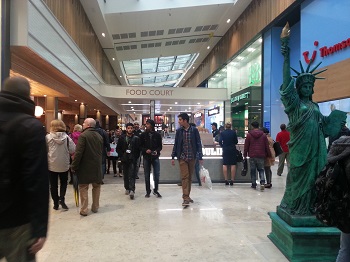 After an eleven year wait, Westfield's new Broadway shopping development in the centre of Bradford has now opened.

Built on the site of a former 1960s precinct, the land occupied by the new Westfield shopping centre was originally being cleared for development back in 2004, but the project stalled and the space was temporarily turned in to an urban garden (which became known jokingly as the "Wastefield" by locals who became frustrated with the lack of progress).

More recently, however, construction work began on the site in earnest and the new centre was officially opened on Thursday 5th November 2015 by former "X Factor" winner Alexandra Burke.

Retailers and food outlets present in the Broadway shopping centre from the outset include Burger King, Costa Coffee, Debenhams, Marks and Spencer, Next, River Island and Topshop (amongst many others), and it is hoped that the development (along with other initiatives such as City Park) will help reverse the decline in fortunes of the centre of the city of Bradford which has been observed over recent decades.