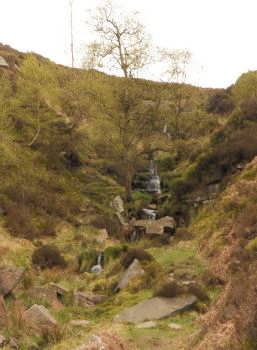 Formed of often little more than a trickle, the Bronte Waterfall is a picturesquely set (but unspectacular) waterfall on the moors above Haworth.