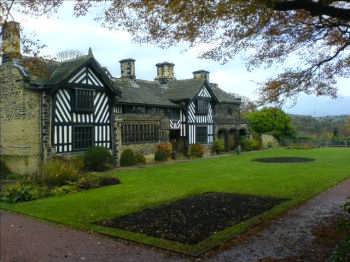 Shibden Hall is a half-timbered mansion house just outside Halifax in the heart of West Yorkshire's Bronte Country.

Perhaps the hall's most famous resident and owner was Anne Lister, a Victorian businesswoman and traveller who inherited the property in 1836. Her unconventional lifestyle provided the inspiration for a BBC television drama series called "Gentleman Jack".