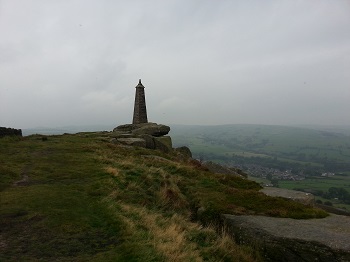 Perched up on Earl Crag near Sutton in Craven is Wainman's Pinnacle, a stone obelisk which was built as a folly in 1898 as a memorial to the Napoleonic Wars.

Just along the ridge is Lund's Tower, and viewed alongside Wainman's Pinnacle from the valley below the twin landmarks are known locally as the "Salt and Pepper" pots.