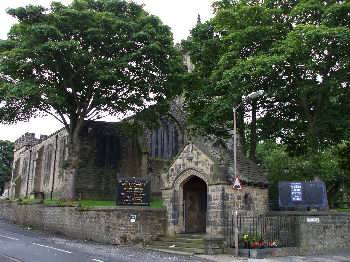 Guiseley lies north and north west of the cities of Bradford and Leeds, respectively.

It was here at the Parish Church in 1812 where the Reverend Patrick Bronte married Maria Branwell of Penzance, before moving on to the villages of Thornton and Haworth (where their daughters, which included the famous Bronte Sisters Charlotte, Emily and Anne were born and lived respectively).

Today Guiseley (which lies on the main A65 trunk road running from Leeds en route to Ilkley, Skipton, the Yorkshire Dales and the Lake District) was perhaps most famous for being home to the former Harry Ramsden's (which was claimed to be the world's largest fish and chip shop).