The Apothecary - home to the Curiosity Society 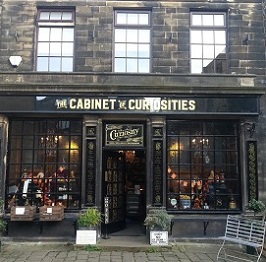 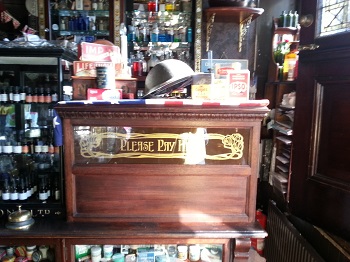 The famous apothecary (now known as the "Cabinet of Curiosities" - home of The Curiosity Society) is situated just opposite the church and the Black Bull at the top of Haworth's main street.

Back in the time of the Brontes this was the druggist's store where Branwell Bronte is believed to have purchased his laudanum, an opium based narcotic which was popular as a painkiller (and which was also used as a "recreational" drug too). This 1840s druggist's store was recreated recently (along with other buildings in the village) for the filming of a BBC drama called "To Walk Invisible" (pictured above, bottom row).

Today the building has a beautifully restored vintage styled interior serving well its latest incarnation as the "Cabinet of Curiosities" - home of The Curiosity Society.