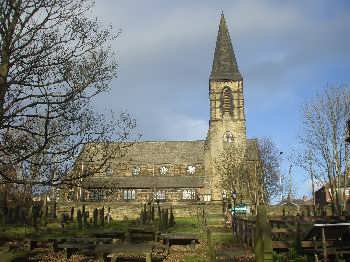 The "modern" Church of St James had its foundation stone laid on 21st August 1872, and was completed several years later, replacing the Old Bell Chapel (where Patrick Bronte was parson while living in Thornton with his young family at what is now known as the Bronte Birthplace). 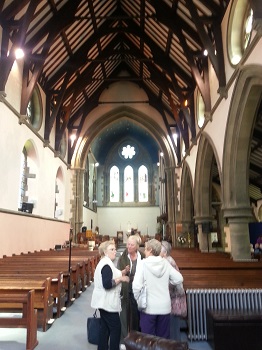 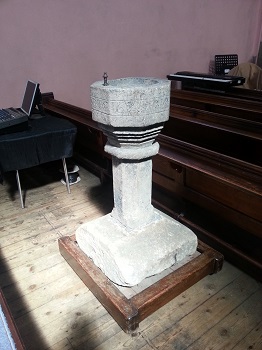 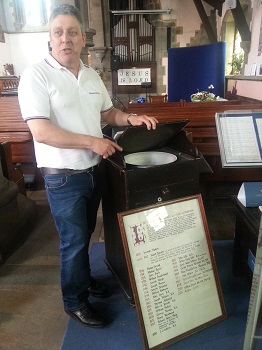 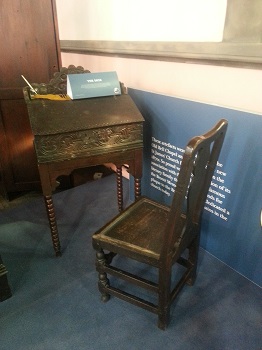 The original font (in which the Bronte children Charlotte, Branwell, Emily and Anne were all baptised) was moved from the Old Bell Chapel to the new church, where it can be seen to this day along with other Bronte related artefacts (including Patrick Bronte's washbasin and writing desk (pictured above). 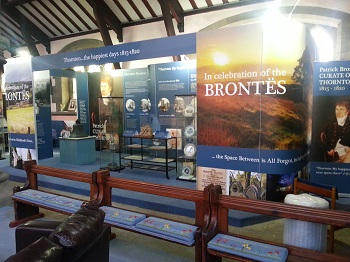 There is also an exhibition display which includes information and exhibits from the Brontes' time in Thornton.