This popular annual charity concert takes place near the end of September in Bingley with this year's theme being "Around the World in Eighty Minutes". This year's event is being sponsored by Red Bus Days and is raising funds to support the Sue Ryder Manorlands hospice in Oxenhope. 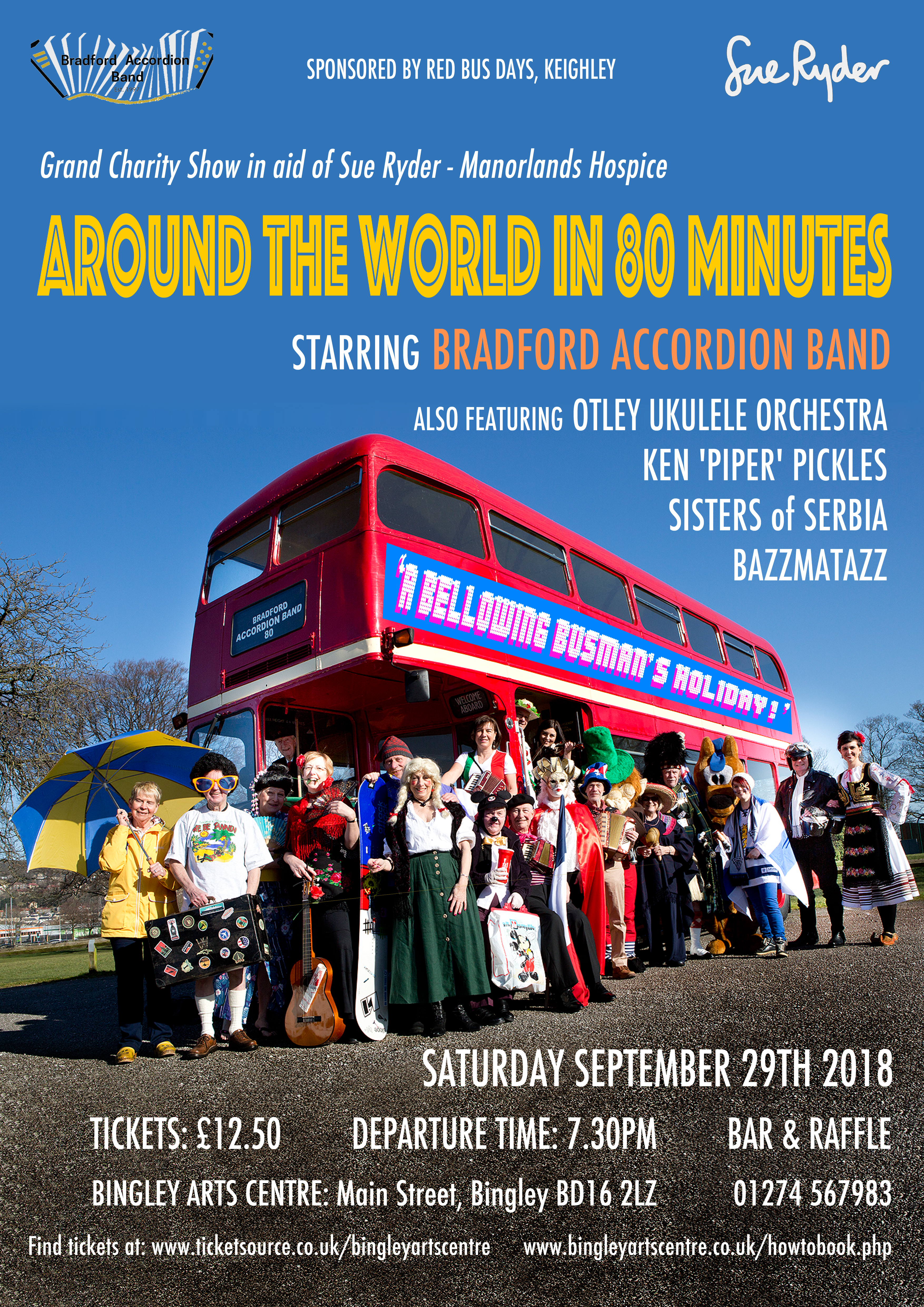 Besides the players of the Bradford Accordion Band themselves this year's recently announced lineup includes the Otley Ukelele Orchestra as well as concert regulars the dynamic Bazzmataz dance troupe from Halifax (who also performed at last year's 20th anniversary concert which was held in aid of the Alzheimer's Society). There will also be a "one off" special guest appearance from the "Sisters of Serbia" - who will perform an authentic Balkan song and dance spot!

For more details please see the above flyer, or visit the Bradford Accordion Band website at http://www.bradfordaccordionband.org.uk

[News item based on information supplied by the Bradford Accordion Band posted by Eagle Intermedia May 2018.]