South of Skipton the River Aire flows into the broad flood plain of the Aire Valley and then through the industrial towns of Keighley, Bingley, Saltaire and Shipley (in Bradford) where the river meets Bradford Beck and then heads past Esholt, through Apperley Bridge and Leeds and then on in to the so called "Ouse Basin" at the southern end of the Vale of York en route to the Humber estuary on the Yorkshire coast, and the North Sea. 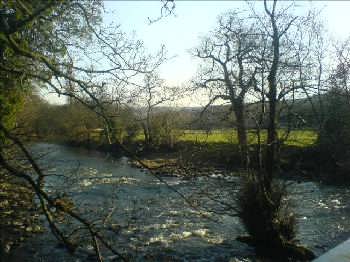 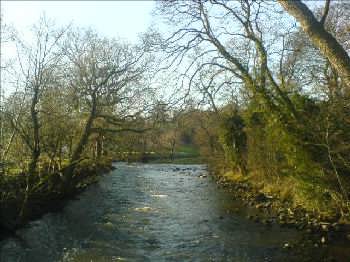 Other places in and around the Aire Valley include Cononley, Farnhill and Kildwick, Sutton in Craven, Silsden, East Morton and Whetstone Gate.

Besides the River Aire itself the Leeds Liverpool canal passes along much of the Aire Valley, the navigation engineers having chosen the relatively low lying plains of the adjoining Aire Gap as an obvious route for the canal to take through the Pennines.